At the start of the school year, Glenelg High School (GHS) students Amitav Kohli and Ryan Kobylski didn’t know each other. They traveled in different social circles, took different classes, and had little occasion to interact.

Things changed in September, when AJ Rosenthal, an adapted Physical Education teacher who works with Ryan at GHS, began to think about ways to help Ryan be a more active participant in his allied soccer games. Rosenthal had seen wheelchair attachments that enabled players to more easily push the soccer ball down the field; however, those devices were expensive and not guaranteed to fit Ryan’s specific needs.

Rosenthal reached out to Ray Gerstner, a Career and Technical Education teacher at GHS and head of the school’s robotics team, to see if Gerstner had any students who might be interested in designing a device to assist Ryan. Gerstner knew just who to ask: sophomore Amitav Kohli.

“Amitav spends every spare minute of his free time in the robotics shop. I knew that if I gave him this challenge, he would take it and run with it,” Gerstner says.

Amitav immediately took to the idea, Gerstner says. “He was confident he could make a device for Ryan here and for less money than what is being charged for something similar online.”

Over the course of several days, Amitav developed a model and began having Ryan test it out in practice, making tweaks to the device along the way.

Ryan’s device is still a work in progress, Rosenthal says, but already has made a significant difference in how Ryan acts and plays on the soccer field.

“Ryan’s device allows him to play without assistance, which is huge. He feels more confident and independent—both on and off the field.”

Ryan himself notes that the device has given him a greater ability to control the soccer ball. 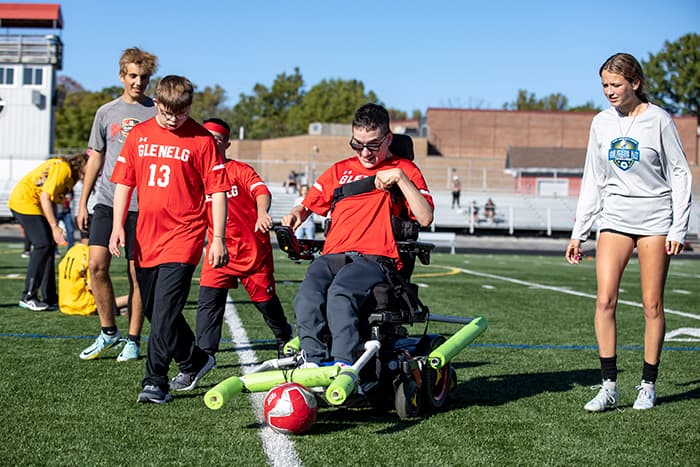 For Amitav, the project has been satisfying on multiple levels.

“It was wonderful to see how much better Ryan could handle the ball [using the device],” Amitav recalls. “I’ll never forget the first time he used it in a game. He drove the ball all the way down the field to the goal. It made him so happy to do that, and it made me happy to see him happy.”

“I have a cousin in India who, like Ryan, has cerebral palsy. I’ve always wanted to be able to help him, but there was only so much I could do from here. Working with Ryan has given me the chance to put my interest in building things to work and really make a difference in someone’s life.” 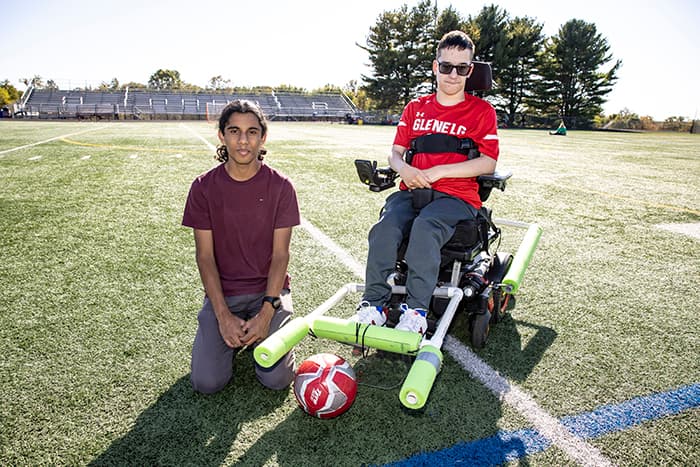