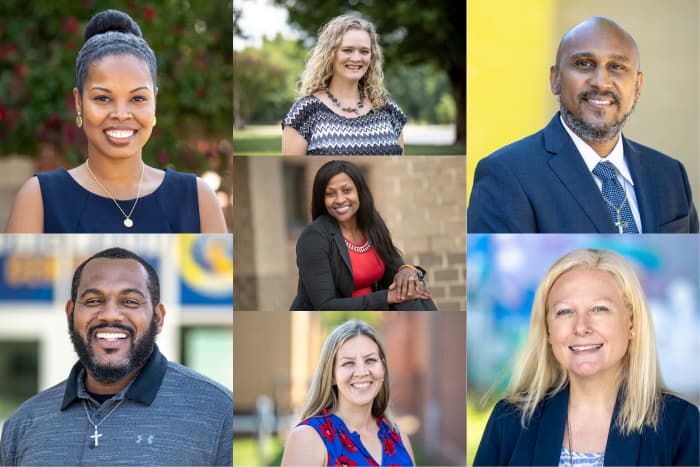 HCPSS welcomed seven new principals at the start of the school year. Each one brings a different set of experiences to the job, but they all share a passion for serving their students, staff, and communities. Learn more about each of them below and hear their advice for students on how to be successful this school year. 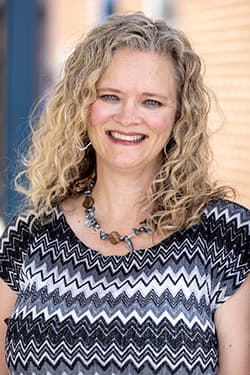 Ms. Couch began her teaching career as a math teacher in Kentucky. She moved to Maryland in 2000 and was a math and engineering teacher, as well as a staff development teacher, in Montgomery County. In 2012, she joined HCPSS, where she served as an engineering teacher and a resource teacher at Central Office. Most recently, Ms. Couch served as an assistant principal at Wilde Lake and Murray Hill middle schools.

Her advice for students: Stay organized with your assignments and advocate for the support you need to be successful.

In her free time: She enjoys reading, watching college basketball, spending time with her family, and cheering for her children during their extracurricular activities.

Fun fact: She enjoys singing and used to be the lead singer in a cover band. 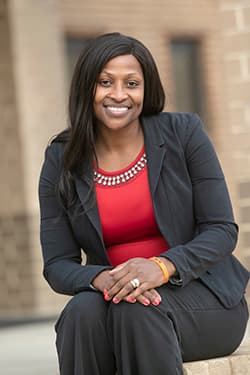 Ms. Reid was born and raised in Columbia, Md., and has been a Howard County educator for 22 years. A graduate of Howard High School, she spent 18 years of her career as a teacher at Hammond High School, followed by four years as an administrator at Oakland Mills High School.

She’s looking forward to: Having the amazing opportunity to serve this very special community once again. Golden Bear Country!

Her advice for students: She believes in you! MAKE THIS YOUR BEST YEAR EVER!
In her free time: She enjoys hanging with family and friends, singing, and remodeling houses.

Fun fact: She and her daughter are the first Mother-Daughter combo to join the Howard County High School Girls Basketball 1000-Point Club.

Ms. Scaife began her career as a special education teacher and transitioned to teaching middle school reading and English in 2008 at Patapsco Middle School. Her career in administration began as a leadership intern at Elkridge Landing Middle School, followed by serving as an assistant principal at Burleigh Manor and Clarksville middle schools.

She’s looking forward to: Starting the school year with positive energy, engaging with students, and working with staff, families, and the CMS community to support [students] in the best way possible.

Her advice for students: Always keep trying—even when it gets hard; remember the power of yet. Be kind, and treat others with dignity and respect, just as you would want to be treated.

In her free time: She loves to spend quality time with her family. She also likes to read and take walks around her neighborhood.

Fun fact: She loves to have dance parties in her kitchen. 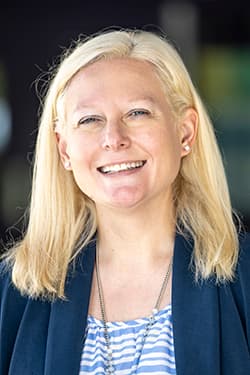 What she’s looking forward to: Continuing to connect with students and their families.

Her advice for students: Mistakes are good! They are part of learning and they are proof that you are trying! Be proud of yourself for trying and keep going!

In her free time: She loves traveling.

Mr. Wallace has been an educator for 18 years. He began his career in Baltimore County public schools as a high school mathematics teacher. He came to HCPSS in 2007, where he taught math and social studies at the Homewood Center. Mr. Wallace has been in school administration for 12 years, serving as leadership intern and assistant principal at Oakland Mills High School and Thomas Viaduct Middle School.

He’s looking forward to: Displaying leadership that invites students, staff and families in to connect with me, each other and our school community!

His advice for students: Be yourself, use your voice, and shine your light!

In his free time: He enjoys listening to music, watching movies and spending time with family.

Fun fact: He loves music and can rap. 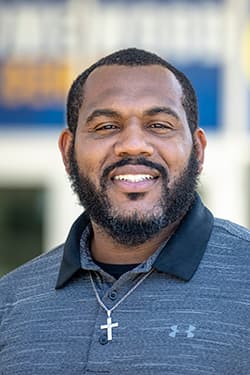 Mr. Williams has worked in public education for 20 years. He began his career in Baltimore County as a math teacher and later was promoted to assistant principal.  After 12 years in Baltimore County, Mr. Williams joined HCPSS, where he worked at Mt. Hebron High School before joining the Homewood family, where he has served as assistant principal for the last three years.

He’s looking forward to: Reconnecting with students, staff and the community.

His advice to students: Stay focused on your goals and don’t forget to celebrate your accomplishments, no matter how small!

In his free time: He enjoys hanging with his kids, either running track or playing basketball.

Ms. Young has been an educator in Howard County for the past 17 years. Her first 11 years were at Elkridge Landing Middle School as a science teacher and team leader. She has been the assistant principal of Wilde Lake Middle School for the past 6 years.

She’s looking forward to: Joining the TVMS community, as she’s passionate about building relationships with students and their families.

Her advice for students: Ask questions early and often. If there is something you don’t understand, don’t be afraid to ask for help.

In her free time: She enjoys running and occasionally participates in long-distance races for fun. She will be running the Army 10 Miler race in Washington, D.C. in October.

Fun fact: One of her former students is now a teacher at Thomas Viaduct!