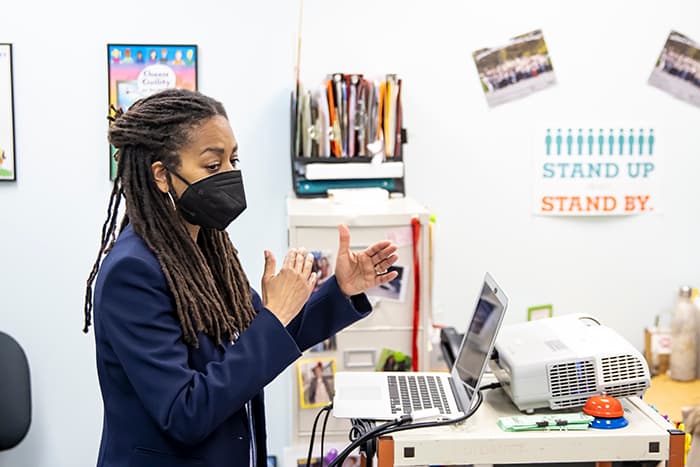 Diane Moe always had a desire to help people, which led her to her first job working with adults with chronic mental illness. While she found that work rewarding, she determined it wasn’t quite the right fit for her. So, she began to take classes toward a master’s degree in school counseling.

At the time, Moe was particularly drawn to the area of academic advising. She envisioned working on a college campus, helping students to figure out what they wanted to do with their lives and how to put them on a path toward that goal. However, when it came time to do an internship, the only opportunities were in elementary schools.

Moe was initially uncertain about whether working with younger students was for her, but that doubt quickly subsided.

“I absolutely fell in love working at the elementary school level. I discovered the incredible opportunity it presented to impact students at a young age and equip them with skills that they could carry with them for a lifetime,” she says.

Moe was hired by HCPSS in 1999 and was placed at Jeffers Hill Elementary School (JHES), where she has been ever since.

Like other HCPSS elementary school counselors, Moe’s weeks are filled with a variety of activities designed to support students socially, emotionally and academically. She hosts daily lunch bunches, where she meets with groups of students to build and work on social skills. She goes into classrooms and teaches whole-group lessons on a range of topics, including active listening, teamwork, the power of words, dealing with gossip, and peer pressure. She meets with small groups of students to discuss more sensitive issues like peer conflict, assertiveness, and emotional regulation. And she works with students and families to develop and implement 504 plans. 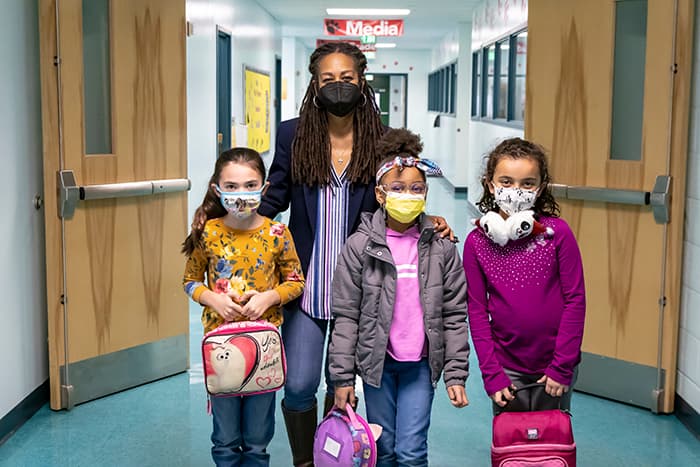 Moe also serves as the chair of JHES’ Positive Behavioral Interventions and Supports (PBIS) Committee, where she helps develop expectations and reward systems to encourage and recognize positive student behavior. In addition, she serves as a trained intervenor supporting students who exhibit suicidal ideation and consults with colleagues ensuring that families are connected with appropriate resources. Her work doesn’t stop there as Moe also works with individual students to provide one-on-one support.

Max, a JHES fourth grader, has been working with Moe off-and-on for a number of years. Prior to March 2020, Max was what his mother Meredith describes as “a typical kid.” He was succeeding academically, had friends, and was generally happy. But when schools were shut down by the state, and switched from in-person to virtual, Meredith noticed a change. “I couldn’t quite put my finger on it, but Max just wasn’t himself.”

On a friend’s recommendation, Meredith reached out to Moe to see if she could help. Moe, who knew Max from lunch bunches and other interactions at school, quickly responded and began to virtually meet with him via Google Meet on a regular basis.

Through those meetings, it became apparent that Max was struggling with anxiety brought on by the many changes and uncertainties associated with the pandemic. To help him, Moe taught him breathing techniques and other calming strategies. Most importantly, Meredith says, Moe gave Max an opportunity to express and process his feelings.

“She would check in on him, ask him how he was doing, and help him to work through whatever was on his mind that day,” Meredith says. “Just giving him that space to share and really be heard made such a huge difference in terms of how he felt about school and life more generally during that time.”

Moe’s support also made a huge difference for Meredith and her husband.

“Like so many parents, we were struggling with how to cope with our own feelings and stress around the pandemic. Knowing that Ms. Moe was there for Max gave us some much-needed breathing room to address our own needs–and positioned us to better help Max with his. I am just so grateful for her support.” 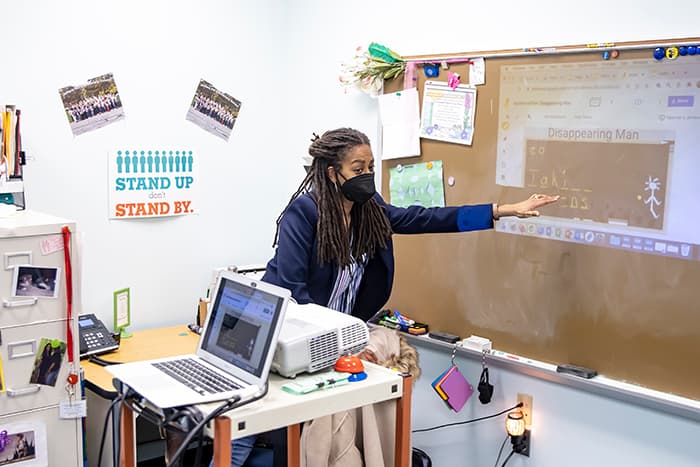 Talitha’s family has also worked with Moe. Moe first worked with her older daughter, who is now in middle school, and regularly participated in her Individualized Education Plan (IEP) meetings.

“Ms. Moe was always there to advocate for my daughter and make sure that she had the support she needed,” Talitha says.

Two years ago, Moe also began working with Talitha’s younger daughter, Eden, who at the time was struggling with virtual learning.

“Eden is shy and introverted by nature. When she had to get on camera for school, she felt like she was on stage, being watched by all her peers. It made her very anxious and hesitant to participate in class,” Talitha explains.

Ms. Moe quickly stepped in to help. She set up one-on-one meetings between Eden and her teacher, helping them to build a more robust relationship, and also organized virtual lunch bunches so that Eden could get to better know her classmates. Moe also made a point of popping into Eden’s virtual classes, letting Eden know that she was there in case she was feeling nervous. She helped connect Eden with a counselor outside of school who could provide her additional support. And she taught her a variety of calming strategies to use when she was starting to feel anxious.

Today, Moe continues to check in with Eden on a daily basis, making sure that she knows that she is there for her and available to help.

“It gives me so much comfort to know Ms. Moe is there for my daughter,” Talitha says. “I know that no matter what is going on, Ms. Moe will work with her—and with me—to find a solution.” 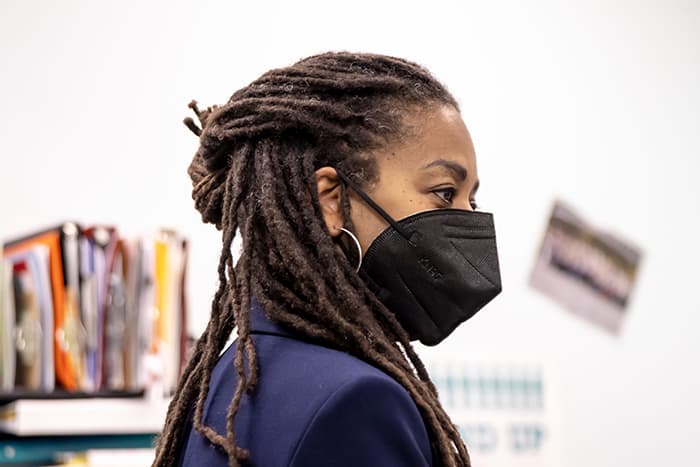 “I can say without a shadow of a doubt that she truly has a heart for the children, staff, and parents of the Jeffers Hill Elementary community. When she’s around, her calming presence exudes a feeling of safety and peace. You just know that everything is going to be okay.”

“Diane is a counselor to the students but a friend to the staff. She’s a shoulder to cry on, an ear to listen, and [she] doesn’t mind being there to brainstorm ideas about life’s personal challenges…She is a woman of integrity, strength, and love who cares deeply for people and extends grace no matter the circumstance.”

Behind the Scenes with HCPSS School Counselors »